Augmented-reality handsets have played a promising part to turn unskilled workers into quick exerts. Even if you have to change the oil in your car or cut an onion without it making you cry, a AR headset or tablet will change your surroundings and instruct you to act like an experience expert, as it corrects any mistakes you do along the path.

The technology sounds great to say the least, but it is very tricky and expensive to practically put it into practice. This is the reason that AR tutorials are usually used by those companies that have a lot of money to invest, for example it can be used on the maintenance of fighter jets. However, a start-up firm is now looking to change this view.

IOXP from Mannheim, Germany can now obtain a single video of a person performing a task correctly, and then with the aid of artificial intelligence (AI), it automatically transforms it into an AR tutorial.

Dider Stricker, one of the co-founders of IOXP, and a worker at the German Research Centre for Artificial Intelligence, revealed that they had the aim to make AR available to those at home, so they can complete their tasks correctly at home.

Moreover, videos on how-to perform any particular task might be available on YouTube, but the videos will not give you a feedback and tell you if you are doing it correctly. 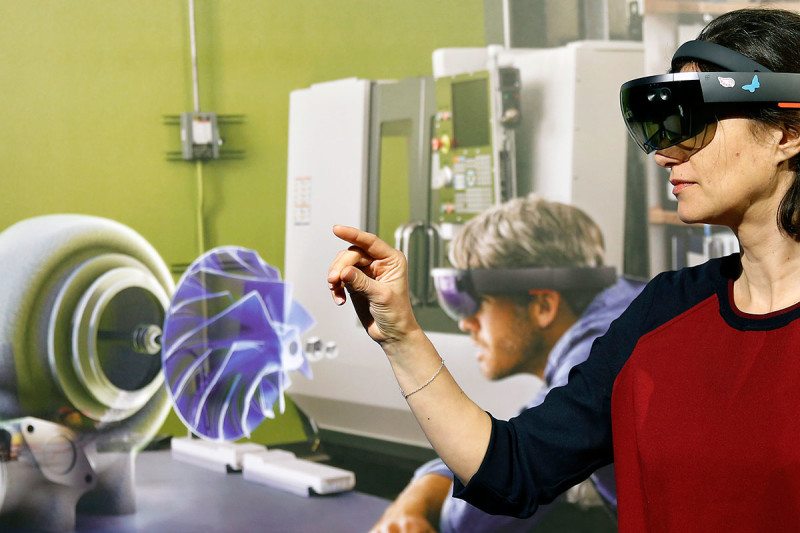 The IOXP system enables the creation of an AR tutorial, after someone performing the task correctly is filmed by a standard camera. These tasks could be various, ranging from installing a boiler, changing the oil of your car and etc.

Afterwards, an array of computer-vision algorithms are enabled on that video, which distributes it into understandable chunks: which includes recognizing a person’s hands and what they are performing at that time, and then detect other objects and so on.

And after that, the IOPX system produces a step-by-step electronic manual explanation on how to perform a specific task. And thus, this is converted into an AR version from a normal video.

Moreover, the best feature of the system is that the AR instruction manual starts as soon as it recognizes the task that the person is going to perform.

Stricker further revealed the experience of the AR tutorial, and explained that the hands of the AR expert will show how the task will be done. If the real person picks the wrong object or performs the incorrect task, your hand will turn red, and the system will then replay the action that you should have performed. It will highlight your hands and other relevant things within an accuracy of half a centimetre.

German manufacturing giant, Bosch has taken a trial of this system, with some of its engineers, while they are in negotiations for a bigger contract.

Moreover, this AR system does not necessarily have to be on a headset only, as it could also be applied on a mobile phone or a tablet. You can hold up your phone, before the system highlights the right way of performing the task. After the task is done, you can hold the phone up once again, as the app will tell you whether you have done it correctly and then will proceed it to the next step.