Xiaomi to launch Mi MIX 2 on 11th September, a day before the iPhone 8

Chinese smartphone company, Xiaomi have just revealed the release date of their second-generation Mi MIX smartphone, and have further revealed that it will be launched in an official event on 11th September. The Beijing-based firm announced the launch date in a Weibo post, further announcing that the launch event will be held in Chinese capital, Beijing.

The venue is to be the University of Technology Gymnasium in the Chinese capital, but Xiamoi are yet to announce the timings for the event. It is notable, that the release on 11th September, comes just a day before the rumored launch of Apple’s iPhone 8 on 12th September.

Moreover, apart from confirming the launch date, Xiaomi also mentioned the branding of the Mi MIX 2, as they confirmed the much-talked about name and an image of the phone, that showed almost no bezels. According to rumors, the Mi MIX 2 will reportedly hold a 93% screen-to-body ratio, which is much more than we initially saw in its predecessor. The predecessor, Mi MIX sported a 91.3% screen-to-body ratio. 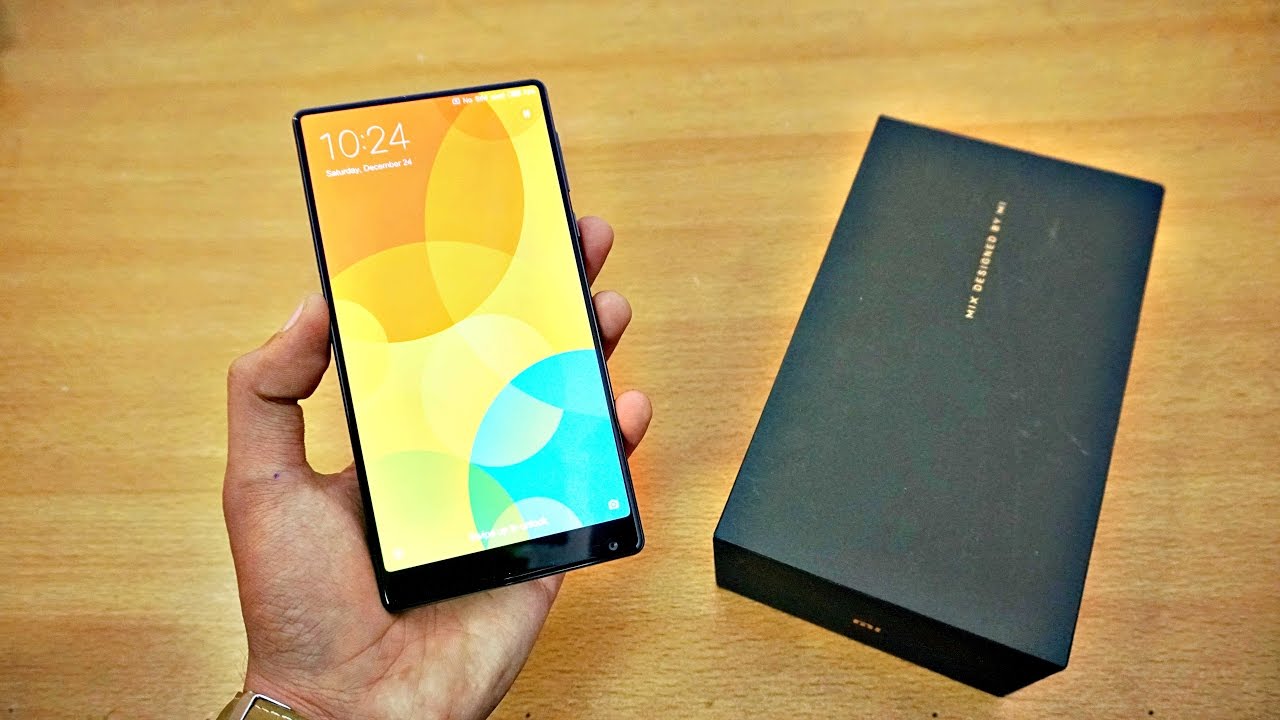 The Xiaomi Mi MIX had a staggering 91.3% screen-to-body ratio, and its successor is tipped to have more

There is no official confirmation on the pricing of Xiaomi’s most anticipated smartphone, the Mi MIX 2, even though it can be expected that it will be more than its previous model. The Mi MIX was released at a starting price of roughly US$530 for its 4GB RAM and 128 GB storage. On the other hand, the 6GB RAM and 256GB storage model of the same phone was priced roughly at US$605.

The Mi MIX 2 by the Chinese giant is largely rumored to have a Qualcomm Snapdragon 835 SoC, which is similar to all the other premium-end phones in the market right now. The phone is all set to sport a 6GB RAM and a 6.4 inch QHD display. The 19-megapixel back and 13-megapixel front camera has also kept Xiaomi high in the camera department.

Further leaks have revealed that the Mi MIX 2 will come in different variables, including a 4GB RAM with 128GB storage, 6GB RAM with 128GB storage and a 8GB RAM with 256GB storage. Among this, the model with the 8GB RAM and 256GB storage is said to be a limited edition. The smartphone will also sport a 4500mAh battery, while other reports circulating reveal that the phone is all set to come with a 3D facial recognition, which could be the main characteristic of the set.